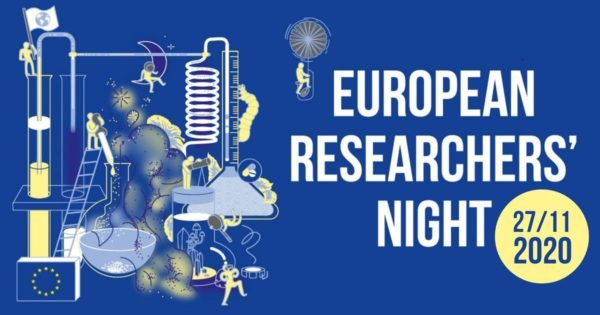 What kind of contribution provides researchers to society? Which is the impact of science on citizens’ daily lives? The European Researchers’ Night, funded under the Marie Skłodowska-Curie actions (MSCA), is a Europe-wide public event that brings researchers closer to the public. It’s a special night that this year takes place on Friday, 27 November when the work of European researchers comes closer to the citizens.

The RISIS project participates in Finestre sulla Ricerca a special panel that collects a series of videos aiming at illustrating to the public the most interesting initiatives to promote research, instruments, discoveries useful for society.

In 2019, 55 projects were implemented. The projects took place in 433 cities from 27 countries across Europe and beyond. Over 1.6 million visitors attended the event and over 36,000 researchers took part.

SHARPER (SHAring Researchers’ Passions for Evidences and Resilience) is one of the 7 Italian projects supported by the European Commission for the celebration of the European Researchers’ Night in 2020. SHARPER will take place on 27 November in Torino and other Italian cities to tell about the passion, the enthusiasm, the discoveries of the European researchers through spectacles, conferences, and many other initiatives which will involve citizens. SHARPER is organized with the collaboration of more than 120 institutions, research centers, including CNR (Consiglio Nazionale delle Ricerche) and many Italian Universities.

Among the numerous initiatives, Finestre sulla Ricerca collects a series of videos that will be on air from 23rd November. In this panel, Cnr-Ircres responsible for the dissemination activities of the European project illustrates in a video of 5 minutes entitled RISIS, European infrastructure to promote open science, all the RISIS datasets, resources and moreover the ambition of the H2020 funded project to become a reference point of the field of science technology and innovation studies and neighboring fields, where all scholars can find free resources for their research.