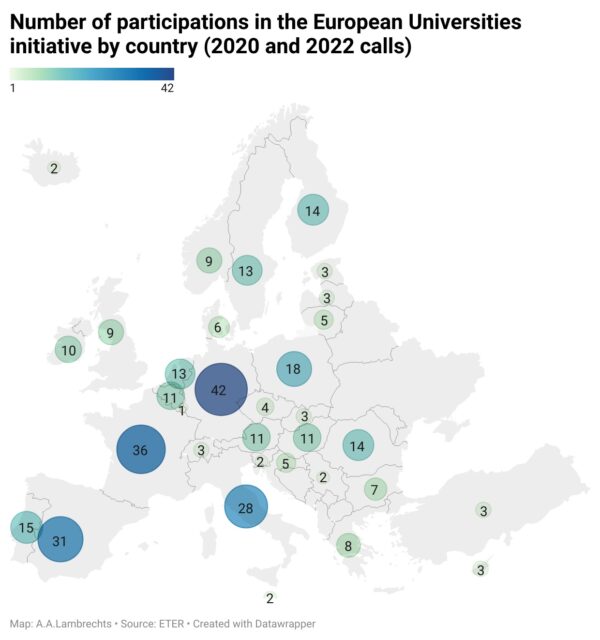 The 20th  RISIS Research Seminar will take place on 12th October from 12.30 to 2.00 pm (CET)  and will focus on a presentation entitled The European Universities initiative: coining European excellence? by Agata A. Lambrechts, Institute of Communication and Public Policy, Università della Svizzera italiana. Thomas Heinze, University of Wuppertal, Germany is involved as discussant.

The researchers note that the effects of the current policy discourses of support for institutional diversity are hard to assess at this early stage. They suggest that it can be observed already, however, that the alliance formation in the framework of the initiative activated deep sociological mechanisms of hierarchisation, leading to the creation of networks of alike institutions, establishing a prestige hierarchy of European higher education institutions–albeit not a new one.

Specifically, the researchers argue that the global level stratification hierarchy cast by rankings influences both the participation of individual institutions and the formation/structure of the alliances within the initiative. However, the study shows empirically that some of the distinctive policy design measures, namely the requirement for broad geographical coverage and generically framed rules for participation, have also generated opportunities for involvement of the less prestigious (according to the global rankings) higher education institutions in selected alliances, thus broadening the scope of the initiative beyond the core of top-reputed research universities. The researchers suggest that these observations may have important implications for how the intended extension of the initiative mechanism may be implemented and the effects on the overall structure of European higher education.